How Tony Charles, a Veteran, Regained his Independence with the Help of his Service Dog and YOU 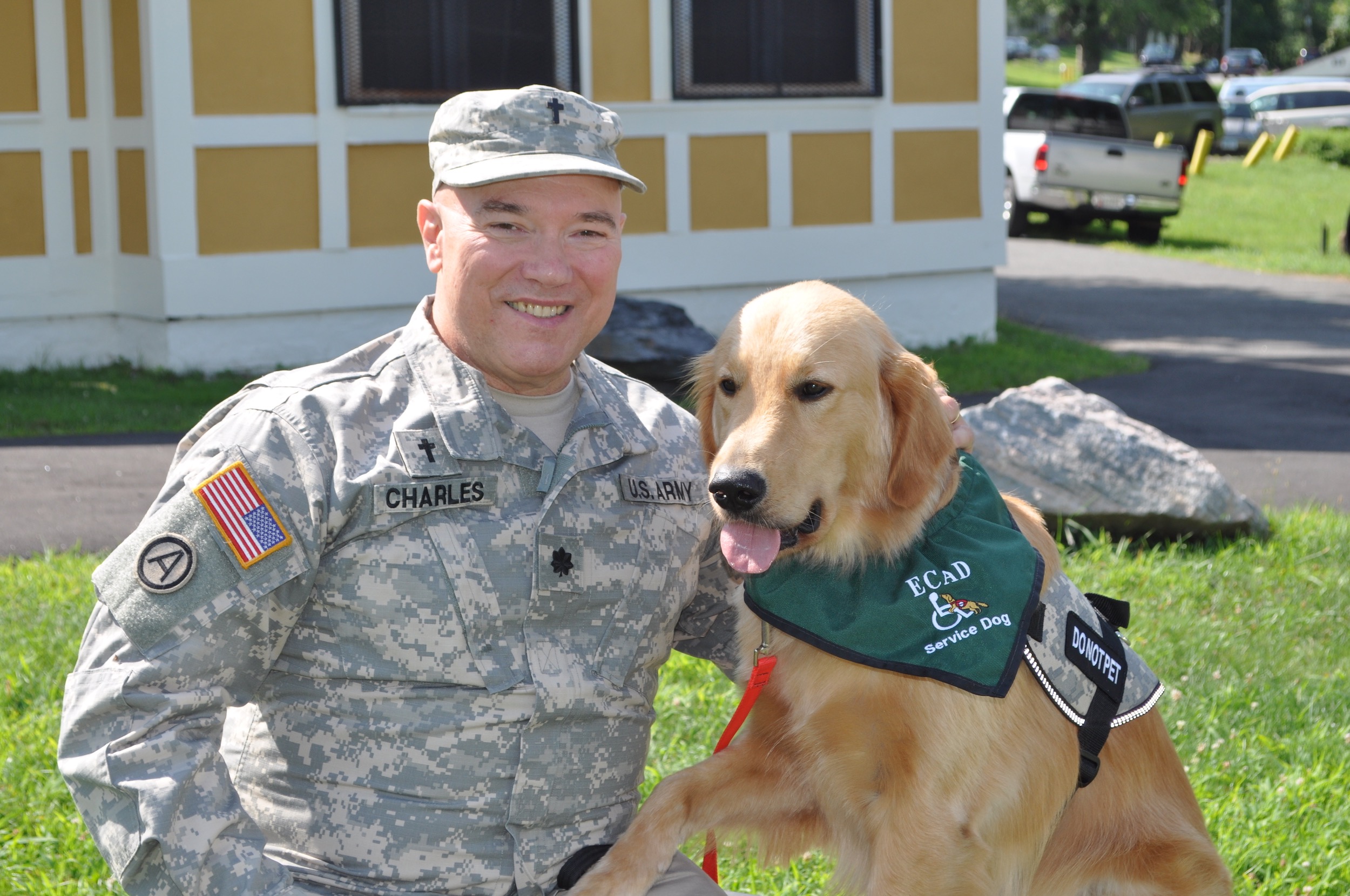 I was diagnosed with PTSD and major depression, a mild Traumatic Brain Injury, and physical injuries to my spine and knee. Some of these visible injuries resulted from the “a bad guy” aggressively ran our 5 ton truck off the road in 2005, just a few miles from Iraq. I should have died then. But I didn’t – but as bad as the visible injuries were – it was the invisible injuries that most severely impacted my life.

I am a career US Army man who retired as Lt. Col. after serving our country for 25 years. I was a Chaplain. In the last years of my Army career, I tried to help and counsel others who, like me, were suffering with PTSD – the nightmares, the hyper-vigilance, the constant anxiety. I became totally overwhelmed by their difficulties and my own. I had a breakdown. I sought treatment and counseling.

Nothing really helped, until Service Dog Dozer came into my life…

A therapist told me I might benefit from having a Service Dog. “What is a Service Dog?” I asked. He gave me a card with ECAD’s contact info. It went into my pocket where it stayed.

Then– in a meeting with other Veterans who were sharing their stories – I witnessed a miracle.   As one Veteran told his story, he totally fell apart, he was inconsolable. At that Marco, Andrew Pavlak’s Service Dog, went over to this stranger and nudged him on the leg repeatedly, softly but insistent. Within minutes, the soldier had calmed simply by petting Marco’s head and accepting his assistance.

“Where did you get that dog?” I asked Andrew. “ECAD”, said Andrew. And, he went on to explain that if you were really going to get a Service Dog, you had to have one that had the training ECAD offers.

It took slightly over a year—there were pig roasts and other fundraisers. There were donations from the Nash family in memory of their son, lost to PTSD. A sizable amount came from kind strangers, people like you who see this as a way to help Veterans.

In 2014, I attended ECAD’s Team Training and was paired with Dozer. We bonded quickly. On the fifth day of Team Training, he woke me from a nightmare with a chest pump, he turned on the lights, and he opened the door to ease my anxiety.

Dozer is my teammate, my partner. He is my guardian angel who, literally and figuratively, has saved my life. Five years ago, I couldn’t go into a mall in my hometown—this past June, my wife Gwyn, Dozer, and I flew to Italy for two weeks.

Without the generous support I received from friends, family and altruistic strangers, maybe you in fact, I would not have been able to have Dozer. And without Dozer by my side since 2014, I know I would not have made it. I would not have the positive, productive life I live now.

So, thank you, all of you generous donors out there who are willing to help Veterans like myself. Veterans who can benefit from the Service Dogs placed through ECAD’s Project HEAL Program. Thank you for making my new life possible. Thank you for helping those who come next - who are on our waiting list – with any contribution you can on this day when we celebrate the Independence of our great country.