This Veteran and his Service Dog are More than Just a Team - Thanks to You!

Without you, John might still be spending most of his time in his room, a self- described recluse. 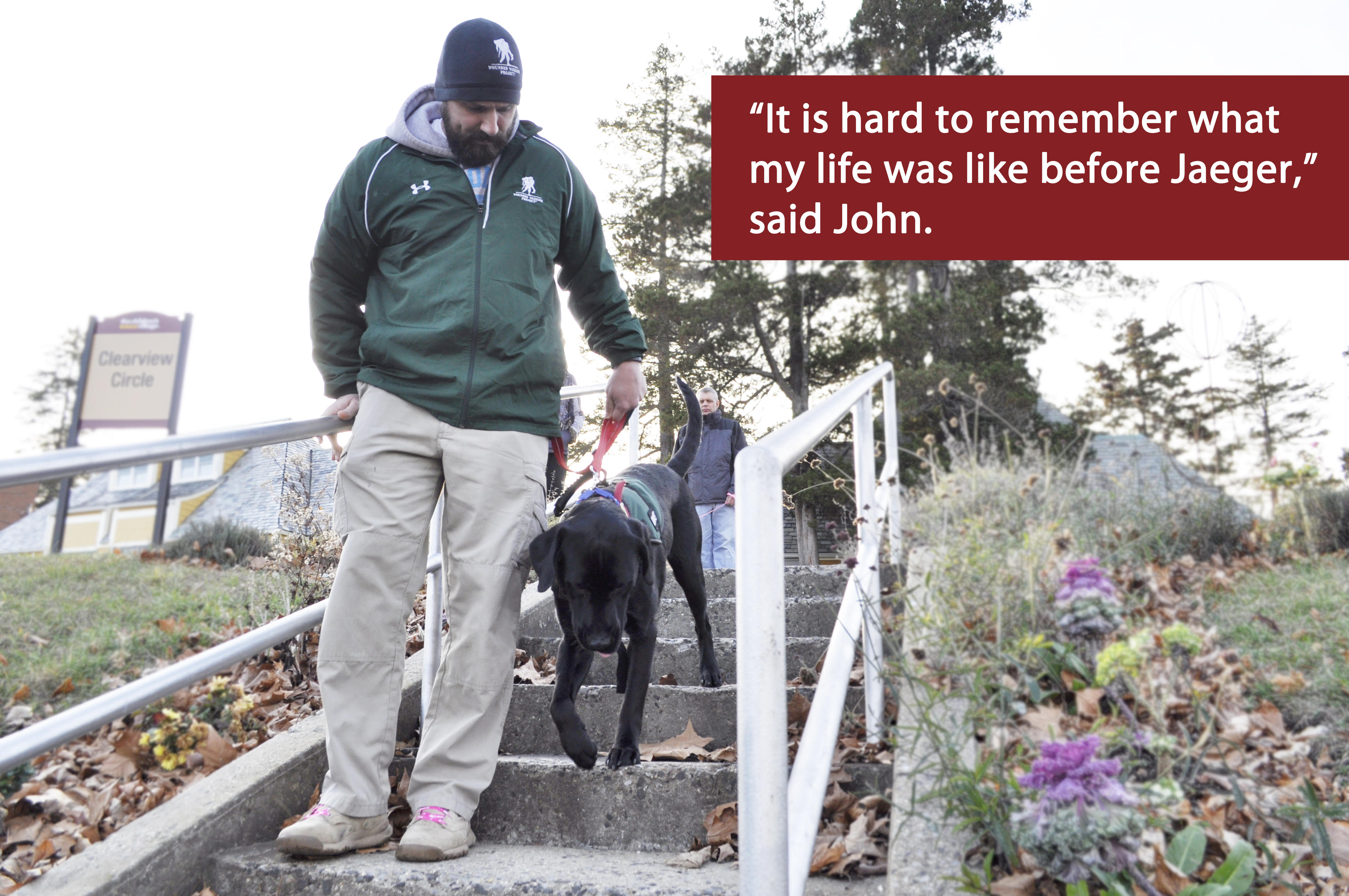 Because of your support, however, John was able to graduate from ECAD’s Project HEAL Program – a program designed for Veterans just like him – and he now is well on his way to having the life he wants, one with more independence.

John was an Infantryman with the US Army and saw two tours of combat duty in Iraq, near Baghdad: fifteen months in 2007-2008, twelve months in 2009-2010.  After John returned home to Richmond, VA, in addition to the physical injuries he sustained during his service, he was diagnosed with Post Traumatic Stress Disease, or simply, PTSD. This is the condition that caused John to  become a recluse who was unable to leave his home, even to enjoy family outings with his wife and two sons.

Things might have stayed that way – but then John heard about ECAD and Project HEAL.

Because of you, John had ECAD to meet his needs. 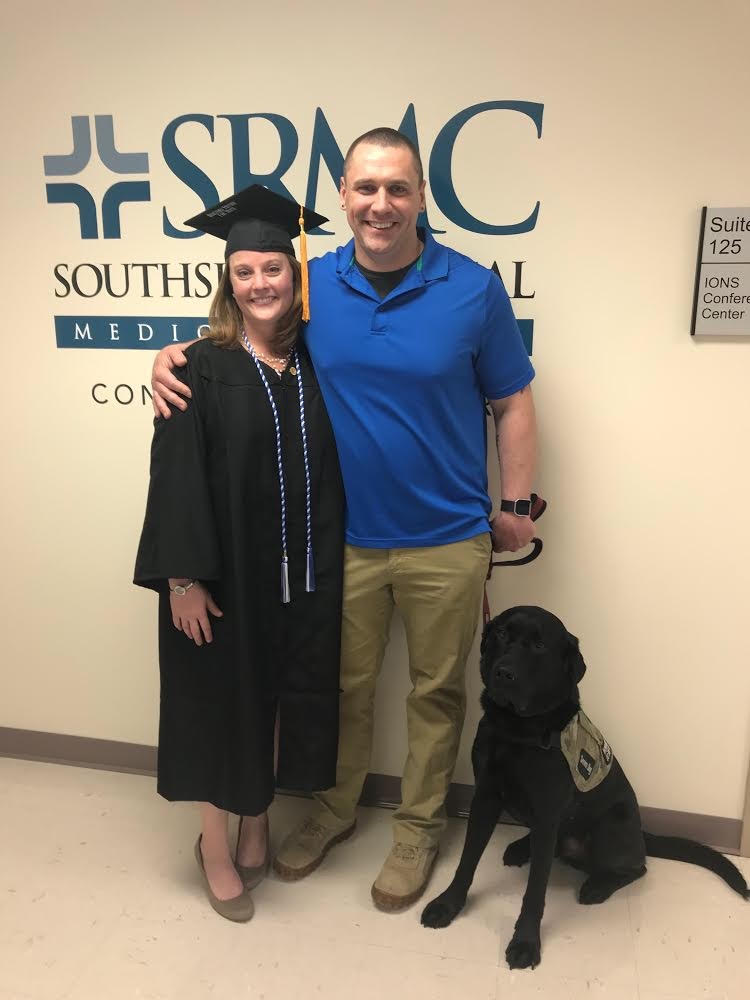 Today, John’s story is totally different than it might have been, without ECAD, without you.

“We are all doing great, wonderful. It is hard to remember what my life was like before Jaeger,” John reports.

“Jaeger is integral to everything I do. He gets me up and I’m good to go. We go out walking and he stays close to my knees so if he even senses that I am getting tense, he just knows to nudge me with his head. to say everything is okay. It is tough to put into words but Jaeger has been above and beyond my expectations. There is no doubting myself anymore. I look at Jaeger, I talk to him, and I say, ‘let’s go buddy’.”

On behalf of John and all the Veterans you have helped through your support of ECAD and Project HEAL – THANK YOU.

Would you consider investing in helping more heroes like John? 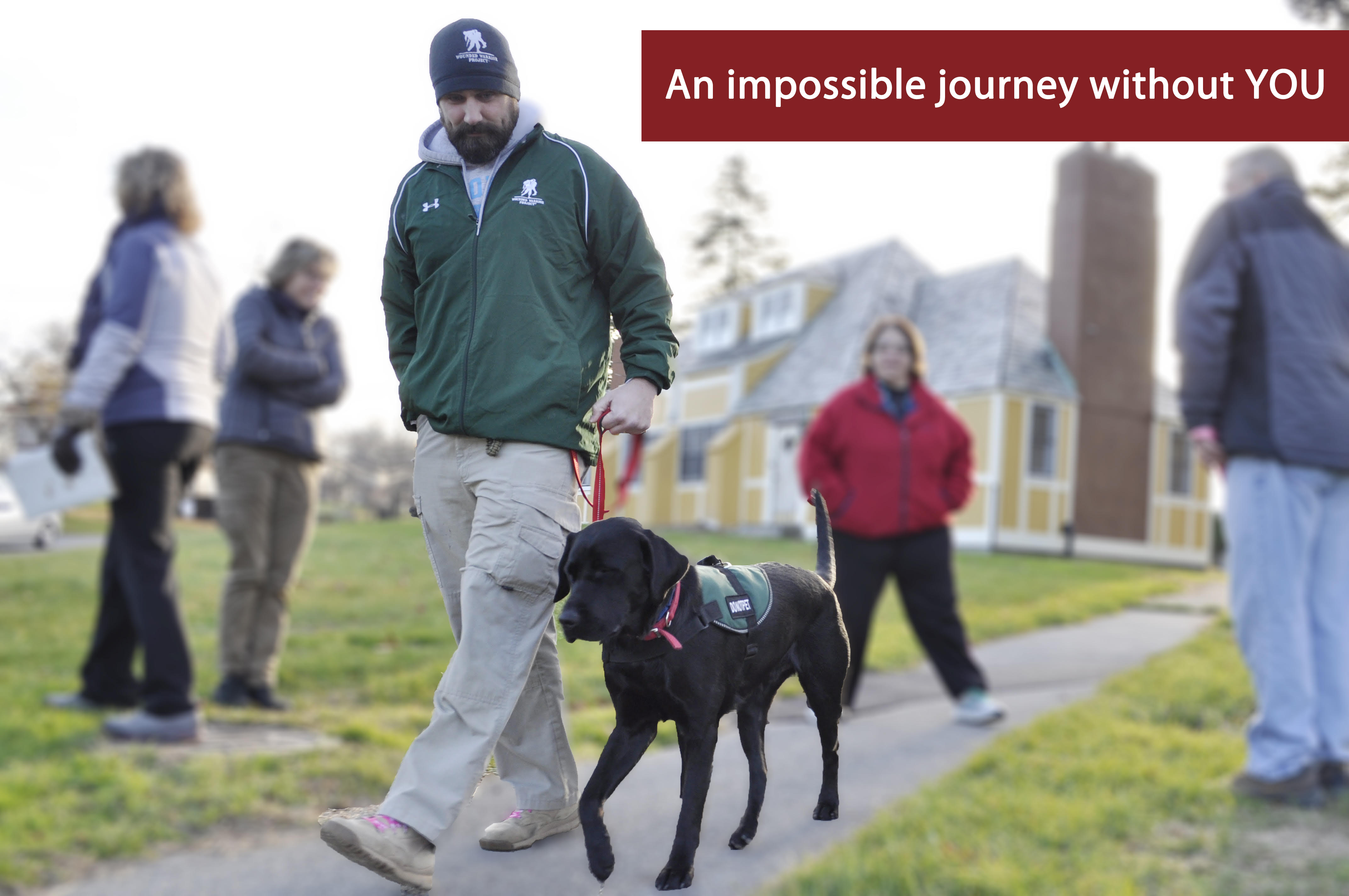