YOU SAVED ADRIAN’S LIFE! How Service Dogs for Children With Autism Save Lives

Rachel Wilson came to ECAD because she wanted to keep her son, Adrian Smith, who has autism, safe. Adrian, now 8, was paired with Service Dog Beau (aka Beautiful) in July 2017. Beau was specially trained as a Service Dog for children with autism, with skills specifically designed to help protect Adrian.

Beau has kept the promise of an ECAD Service Dog – he protects his little boy in the ways he was trained to do and, as is so often the case, keeps learning on the job.

Rachel shares that Beau has saved Adrian’s life – and not just once. Without your support, this never would have happened.

Adrian, a nonverbal child, is excitable and loves to run, which is not uncommon for children with autism. He is especially prone to run into unknown spaces, like parking lots, roadways, and water. But Service Dog Beau is trained exactly for these types of moments.

"I Could Never Have Run That Fast"

“Adrian has no concept of danger,” Rachel said. “And Beau seems to know when Adrian is going to bolt, and he braces himself and catches Adrian up short. Just the other night, on Halloween - when we were out ‘trunk or treating’  - Adrian was holding my hand and not tethered to Beau. There was a body of water nearby and Adrian darted toward it. I didn’t see it but Beau did and he went right after Adrian and held him back. I could never have run that fast.”

BECAUSE OF YOUR SUPPORT BEAU HAS THE TRAINING TO KEEP ADRIAN SAFE.

Rachel says that “Beau just seems to know, even before I can give him the command, and will go after Adrian on his own. There was an incident in a parking lot, and again, Beau this time using the tethered leash, pulled Adrian up short, one inch from a van.”

Beau also provides the unconditional love, and friendship, that an isolated eight-year old needs when he usually feels awkward around his peers. For children with autism, service dogs can provide a much needed sense of social and emotional support. You can make this possible for more children like Adrian by helping support ECAD!

“Adrian doesn’t like to leave the room without Beau,” says Rachel. “And he now understands that by touching Beau’s collar at the neck, he can get Beau to follow him. Adrian is thrilled that he can get Beau to go with him. And now, my son is into group hugs, doesn’t matter who, he wants everyone in the room to gather in a hug, and that includes Beau right in the middle.”

YOU DESERVE A HUG FROM ADRIAN, RACHEL AND BEAU, TOO. 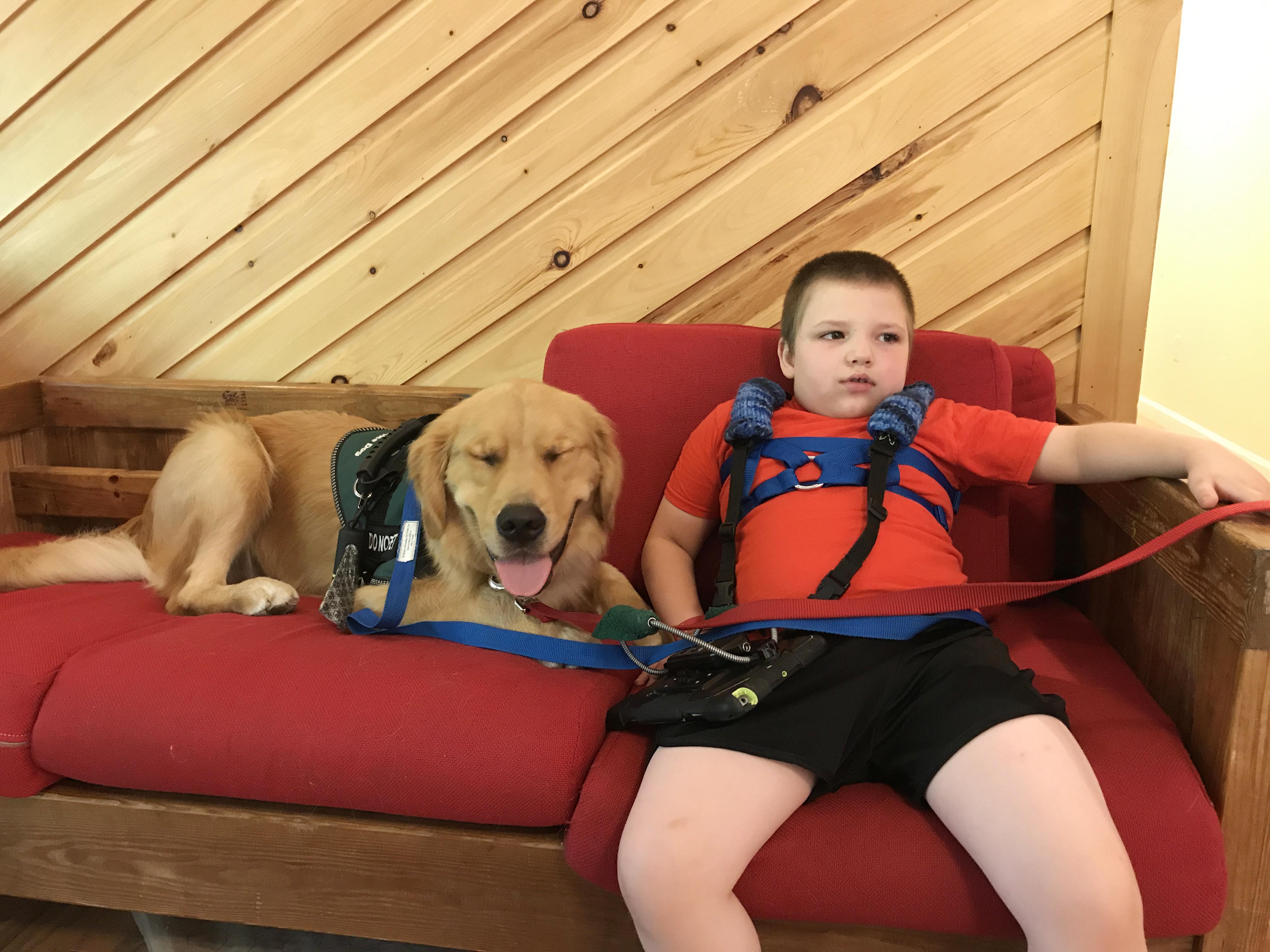