Service Dogs for PTSD: A Treatment Like No Other

Traditionally, Independence Day is a time of remembrance. Looking back upon the sacrifices made by the men and women serving in the U.S. Armed Forces is a tradition more essential than fireworks and backyard barbecues. But as we reflect on the high price we’ve paid for freedom over the years, it’s also important to look forward. How are we supporting the people enlisted in our military forces today? And how are we caring for our Veterans, including those battling PTSD? 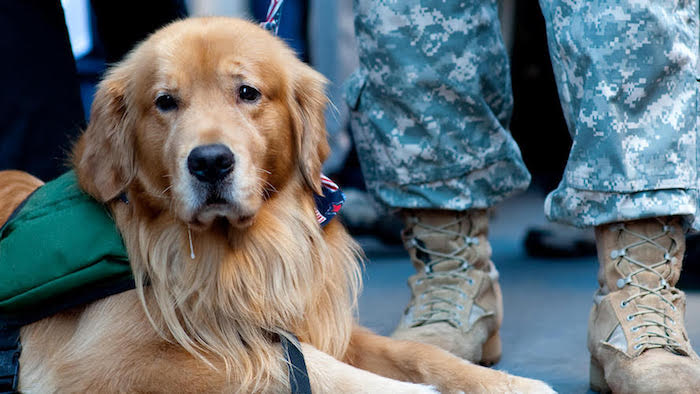 Post traumatic stress disorder, a mental health condition triggered by experiencing or witnessing some kind of terrifying event, is closely associated with Veterans who have survived the horrors of war. While PTSD affects people coming from a diversity of experiences ⁠— from natural disasters to sexual assault ⁠— the disorder affects between 11 and 20 percent of U.S. veterans. Despite decades of PTSD diagnoses making the disorder a prevalent topic in the media and a commonly-understood term in the American vocabulary, a variety of factors still prevent affected veterans from receiving the treatment that they need.

Some of these barriers are practical, such as cost or a lack of access to transportation. Others, however, exist on a psychosocial level. According to a 2013 study, Service Dogs are especially adept at breaking through the factors that prevent veterans from receiving PTSD treatment.  “Foremost of these [barriers] is the universal perception that military personnel are cast from a strong soldierly mold,” the authors write. “One form of therapy that veterans widely perceive to be non-stigmatizing is animal-assisted therapy...because it is seen by the broader community to be an appropriate treatment for a range of disabilities.”

While providing comfort and companionship is certainly a key part of a Service Dog’s purpose, extensive training makes these dogs capable of addressing specific PTSD triggers and symptoms with specialized care. Trained service dogs can wake a PTSD sufferer from nightmares, bring medication on command, and seek help during a panic attack. These dogs possess a remarkable ability to read people and situations and problem-solve on the spot. While other forms of therapy certainly can and should be used as needed, the constant attention of a Service Dog is impossible to duplicate. 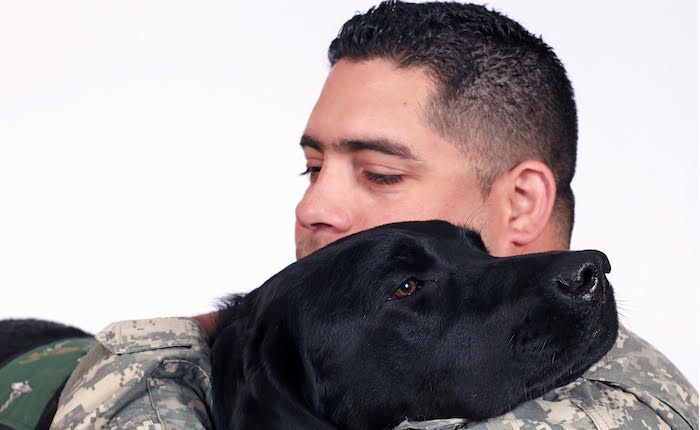 Two studies by Purdue University's College of Veterinary Medicine evidence the measurable difference Service Dogs make in the lives of military veterans suffering from PTSD. Not only did the studies find that veterans with Service Dogs experience fewer PTSD symptoms and exhibit better well-being in general, but they even showed healthier levels of cortisol, a hormone that regulates blood pressure and sleeping patterns. That’s right ⁠— Service Dogs can change body chemistry. Clearly, a service dog is more than a companion. It’s medicine.

At ECAD, we’re about introducing hope into seemingly hopeless situations. That’s why we started Project HEAL® to empower veterans dealing with an array of combat-related physical and psychiatric disabilities, including PTSD. The dogs we provide are specially trained to meet these veterans’ needs. If you or a loved one seems like a candidate for the program, feel free to contact us. Or, if you simply want to support our work, consider donating. Every contribution helps us provide more deserving patients with service dogs who change lives. Let’s make this Independence Day an impetus to stand with the men and women who’ve fought for our country. Together, we and our service dogs for vets fight for healing. 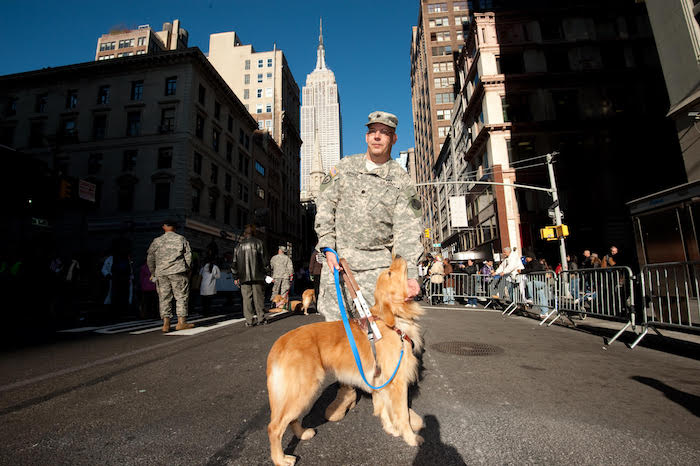