In Honor of Tuesday

It’s not everyday a dog like Tuesday comes along.  Calling him “special” is an understatement. And, because of you, his life meant SO much.

As a Service Dog Team, Luis and Tuesday were unstoppable!

Not only was Luis’ life changed by his partnership with Service Dog Tuesday, but countless other lives were changed by the writing and speaking that Luis and Tuesday did.

In the first of four books Montalván wrote about their life together, “Until Tuesday: The Story of a Wounded Warrior and the Golden Retriever Who Saved Him,” Montalván described  his life before he had Tuesday and his life after they were paired. 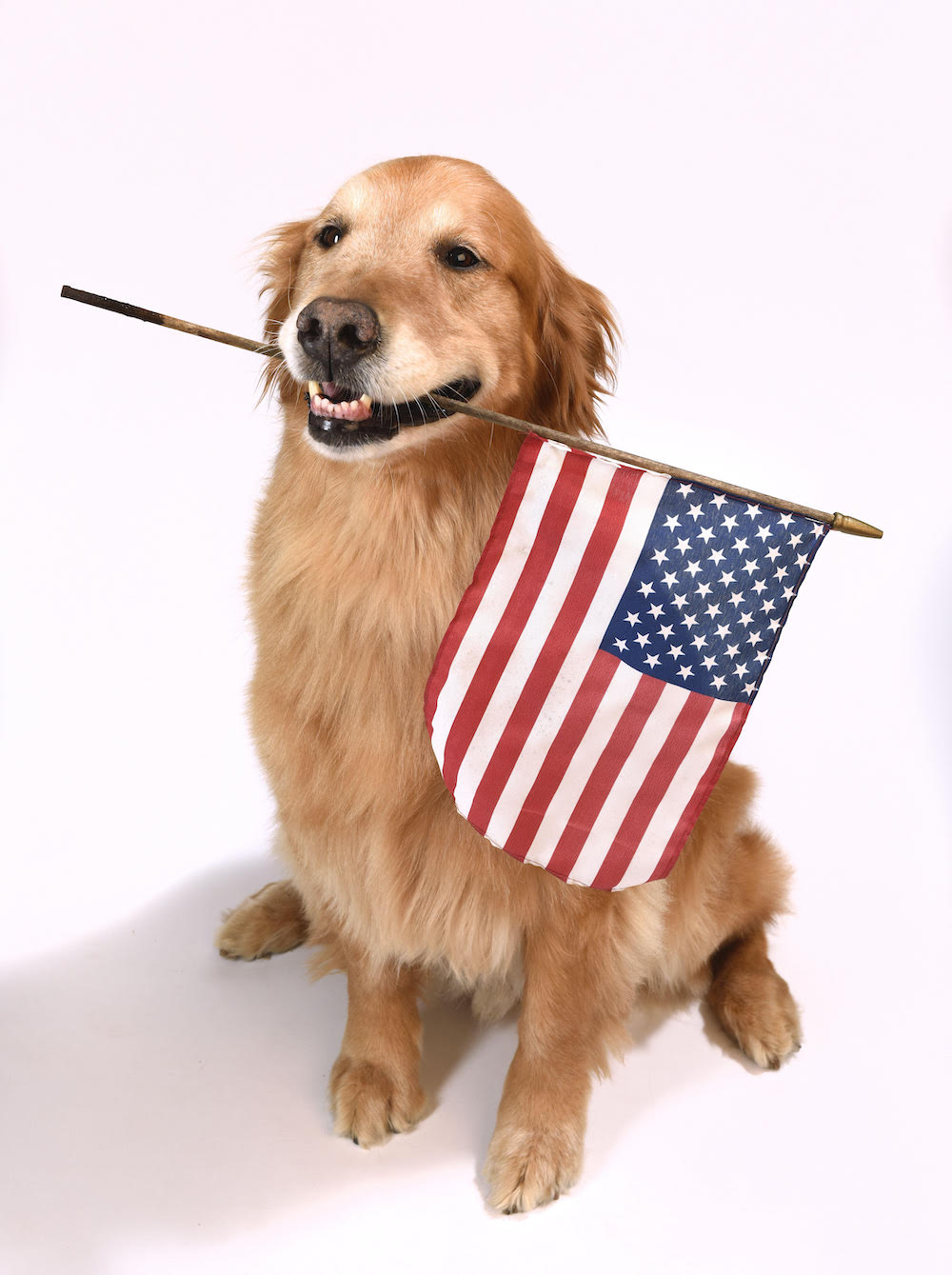 Before Tuesday, Montalván had been so crippled by both physical injuries and severe PTSD that he was unable to leave his NYC apartment.

After Service Dog Tuesday came into his life, Montalván obtained a Master’s degree in Journalism from Columbia University, wrote the first of his books, and became a tireless advocate for Veterans with disabilities. He and Tuesday traversed the country on speaking engagements, appeared on national television, and influenced such national leaders as former Senator Al Franken.

Your generosity made it possible for them to achieve things unimaginable to many of us.

Your generosity allowed them to embark on countless adventures of discovery and goodwill.

Your generosity enabled Luis and Tuesday to touch the lives of so many who needed their light and message of hope.

You supported Tuesday’s education so that he could become the outstanding Service Dog he was destined to be--the Service Dog so desperately needed by Luis Carlos Montalván when he came to ECAD seeking help through the Project HEAL Program.

Together they achieved fame and friendships that have endured beyond the heartbreaking loss of Luis.

You never stopped loving Tuesday and demonstrated this support with generous donations in his and Luis’s memory. 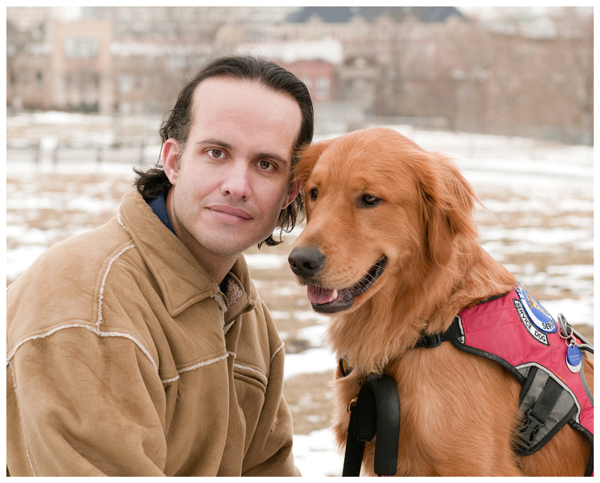 Tuesday never stopped either, thanks to you.  He gracefully retired and demonstrated talent as a Therapy Dog--visiting libraries and schools.  But, from day one, Tuesday’s destiny was to be a Service Dog.

And again, you made that possible.

As Lu Picard said, “Tuesday loved his job as a Service Dog and wanted to be of service. It was his destiny. And so it was that Gordon Schafer came into our lives.”

Gordon and his wife, Lindy, had been Home Handlers for a year or so when Gordon thought that, just maybe, he should get his own Service Dog.

“I talked with Lu about filling out an application, but she was up front and said the earliest they would have a Service Dog for me, with the waiting list and all, was sometime in late 2019. When I thought about my own chances of longevity, I was afraid that would be too late,” Gordon recalls.

The solution was Tuesday.  And Tuesday didn’t waste time in letting Gordon know just how he felt about the situation.

“The minute I got home and took off his leash, he stood by my side, looked at me, and then followed me right upstairs to my office. No running around to investigate the house. I sat down at my desk and he put his head on my knee, then got comfortable under the desk, with his head on my toes,” Gordon said. 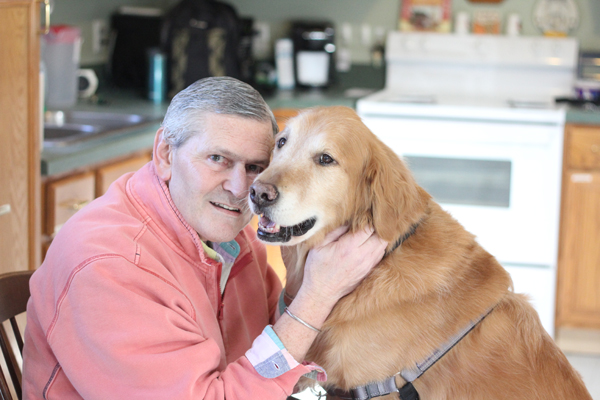 “We were always in physical contact – at night he laid on his mattress next to my side of the bed, and I fell asleep with my hand on Tuesday.”

“Somehow, from that first moment, he knew that I was his new person,” Gordon concluded.

Gordon has Syringomyelia, a progressive degenerative disorder of the spine that causes great pain. He also has stage 3 lung cancer. Both restrict his movement and could lead to his becoming sedentary and having a high level of anxiety.

But that isn’t Gordon Shafer and Tuesday knew just how to make the walking easier and the anxiety lessen. That was his training--the training you enabled him to have.

This very special Service Dog was the gift that never stopped giving.  Tuesday was a ray of light for all who had the privilege of being in his presence.

As you grieve this great loss, keep in mind the good your gifts allowed Tuesday to do and the inspiration he left in this world.

...You allowed him to become a Service Dog--his life’s dream!

...You brought he and Luis together for eight years of love, adventure and hope.

...You supported him while he mourned his partner and found his new purpose.

...You brought he and Gordon together for two years of comfort, love and support.

Longer than Gordon ever hoped they would have together.

Tuesday’s life was so fulfilled, and he fulfilled so many other lives--because of you.

“We were blessed with Tuesday helping Luis to have a productive life for 8 years. And now he is caring for Gordon on his final path to peace,” Dale Picard said. “To watch Tuesday at work, is like watching God at work.”

While mourning is inevitable, also take the time to celebrate the life you gave to Tuesday, to Luis, to Gordon.  And know, you have made an immeasurable difference.

Somewhere between hello and goodbye,

With my deepest condolences,

P.S. You can continue to make a difference like you did for Luis and Gordon by giving a gift in Tuesday’s memory and allowing others the same joy and independence Luis and Gordon had.