Dogs and humans have a long relationship history. Depictions on walls and tombs show dogs serving humans in various ways, such as hunting helpers and protectors. In some ancient societies, statues of canines stood guard at crypts. Ancient humans not only relied on dogs for help but also formed emotional bonds with their furry companions.

Dogs Have a Long History of Service 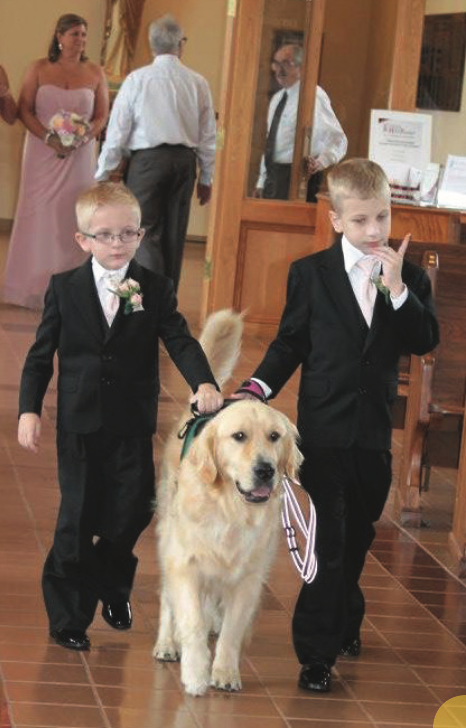 When did dogs first begin to be used to help those with disabilities? Frescoes from ancient Rome depict dogs leading sight-impaired men, and Chinese scrolls also mention dogs servicing the blind. One of the earliest recorded efforts to train dogs to aid the visually impaired is around 1780 at 'Les Quinze-Vingts' hospital for the blind in Paris. A few years later, Josef Riesinger, a blind sieve-maker from Vienna, is said to have trained a Spitz so well that folklore claims people often questioned whether he was blind.

However, the modern guide dog story begins in earnest during the First World War, when a German doctor, Gerhard Stalling, started training dogs en masse to help the thousands of soldiers who returned from the war blinded. Fast forward about a decade, and a wealthy American woman, Dorothy Harrison Eustis, set the guide dog movement into motion writing an article published in the Saturday Evening Post in 1927.

Her article introduced Buddy, one of the first well-known guide dogs to America, after a visually impaired man, Morris Frank, learned about her work from the article. He later expressed his gratitude, saying that the nickel he paid for the newspaper "bought an article that was worth more than a million dollars to me. It changed my life".

Today, Service Dogs continue to change the lives of people with a wide variety of disabilities every day.

From those early origins, Service Dogs are justifiably credited for making a difference for thousands of people, from helping them function on a day-to-day basis to saving them from potentially life-threatening situations.

There are various names of helpful canines—canine companions, also referred to as emotional support dogs, therapy dogs, Service Dogs—all providing assistance to their human charges. Is there a distinction between them? The answer is yes.

Service Dogs and emotional support dogs all fulfill essential roles in their aid to humans, but the terms are not interchangeable. They are defined explicitly in terms of the jobs undertaken and the legal rights provided.

As defined by the Americans with Disabilities Act (ADA), Service Dogs receive specialized training to perform specific tasks and to work with people with disabilities. The ADA recognizes physical, sensory, psychiatric, intellectual, or other mental disabilities. The work of the Service Dog must be directly related to the handler’s disability. Some of the things a Service Dog can do include: 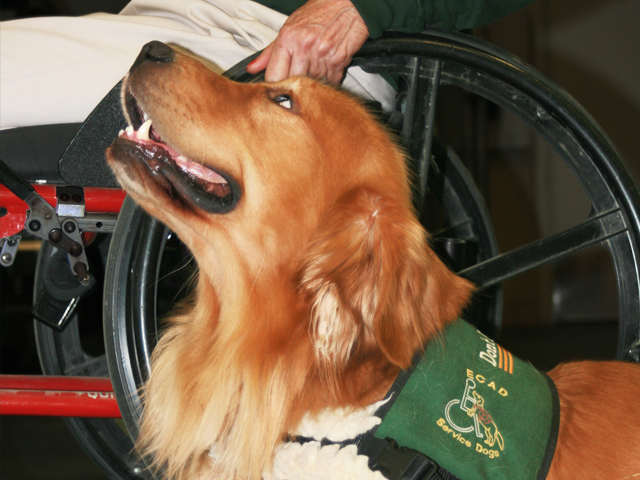 Under the ADA, Service Dogs have full public access rights, which means they can go places where other animals are forbidden, including restaurants, stores, libraries, and other public spaces. They also must be permitted in housing, even if pets are not allowed. Service Dogs are also allowed on public transportation and airplanes, based on the Air Carrier Access Act. Some institutions do not have to comply with ADA laws that allow Service Dogs in different situations where pets are not allowed.

It’s also important to note that while there is no “official” registration process, employers, businesses, and the general public cannot ask you to “prove” your Service Dog’s status. The law states that people can only ask two questions if the dog is not a Service Dog:

1) Is the animal required because of a disability?

2) What work or task does the animal perform?

Unlike Service Dogs, canine companions or emotional support dogs (ESD) are not protected under the ADA. They may be trained for a specific owner, but they are not prepared for particular tasks or duties to aid a person with a disability. To be considered an ESD, they must be prescribed by a mental health professional for a patient with a diagnosed psychological or emotional disorder, such as anxiety disorder, major depression, or panic attacks.

The life-altering impact of Service Dogs is impossible to understate. From retrieving an item to preventing a panic attack, alerting a medical emergency to standing guard if their handler experiences a seizure, Service Dogs are a vital link to protecting people with disabilities and making it possible for them to lead independent lives. Your support can change someone’s life.