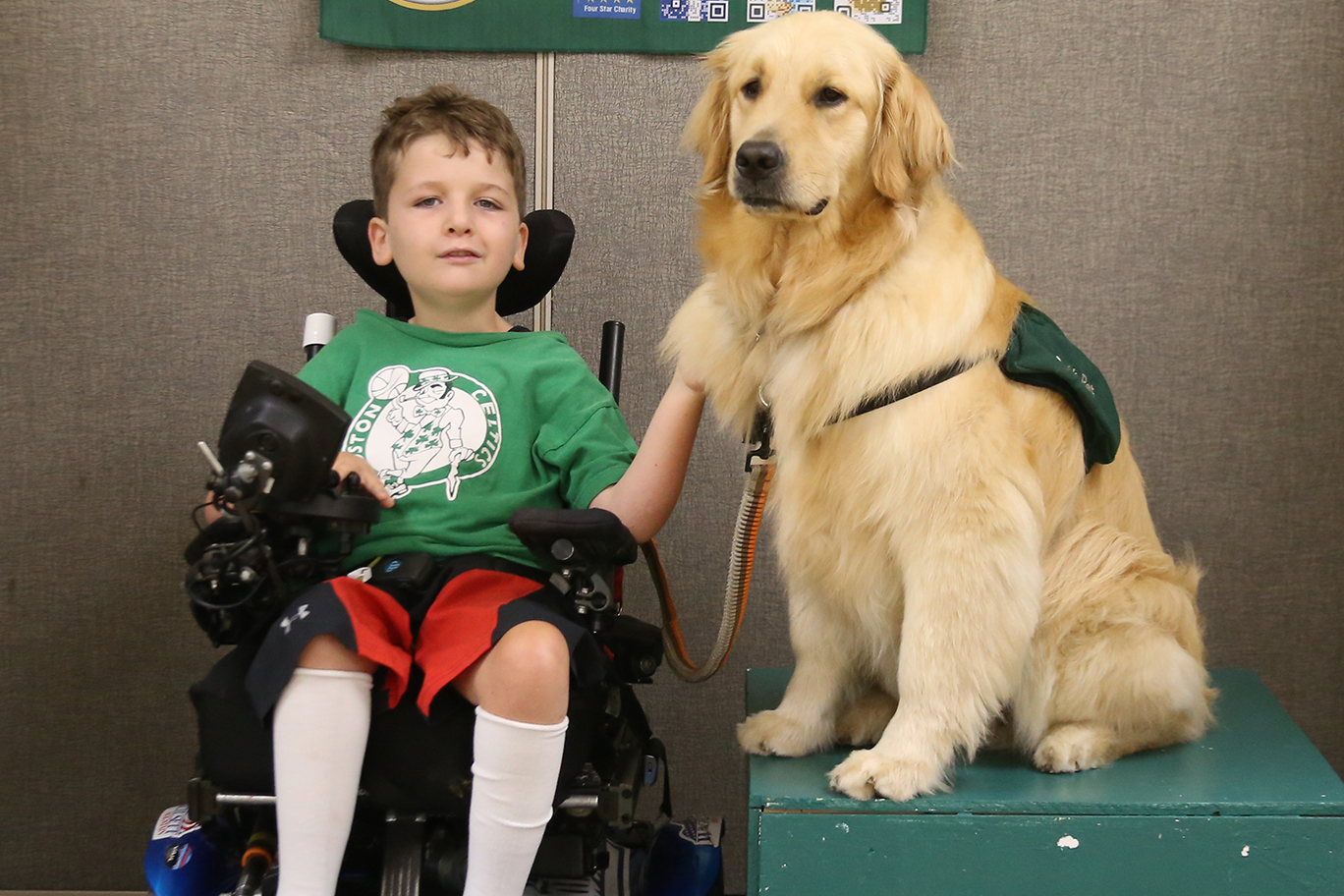 Matthew was only seven years old when his parents recognized that he would benefit from all that a Service Dog could bring to his life.

Like any 7 year old, Matthew enjoys going to school, participating in adaptive sports, being a boy scout and so much more. But Matthew was born with Spinal Muscular Atrophy, you see his muscles just do not develop in a typical way, which limits his mobility and makes everyday tasks like turning on/off lights, picking up dropped items, or opening doors difficult or impossible.

But you were there for Matthew! You also knew that he would benefit from all that a Service Dog has to offer.

“Gunner is a game changer,” said Matthew’s dad, Paul, who attended Team Training with his son. “He will provide my son with empowerment to explore more of his world.”

Isn't that what every parent wants? A chance for their child to feel empowered to explore their world?

And Gunner did just that! 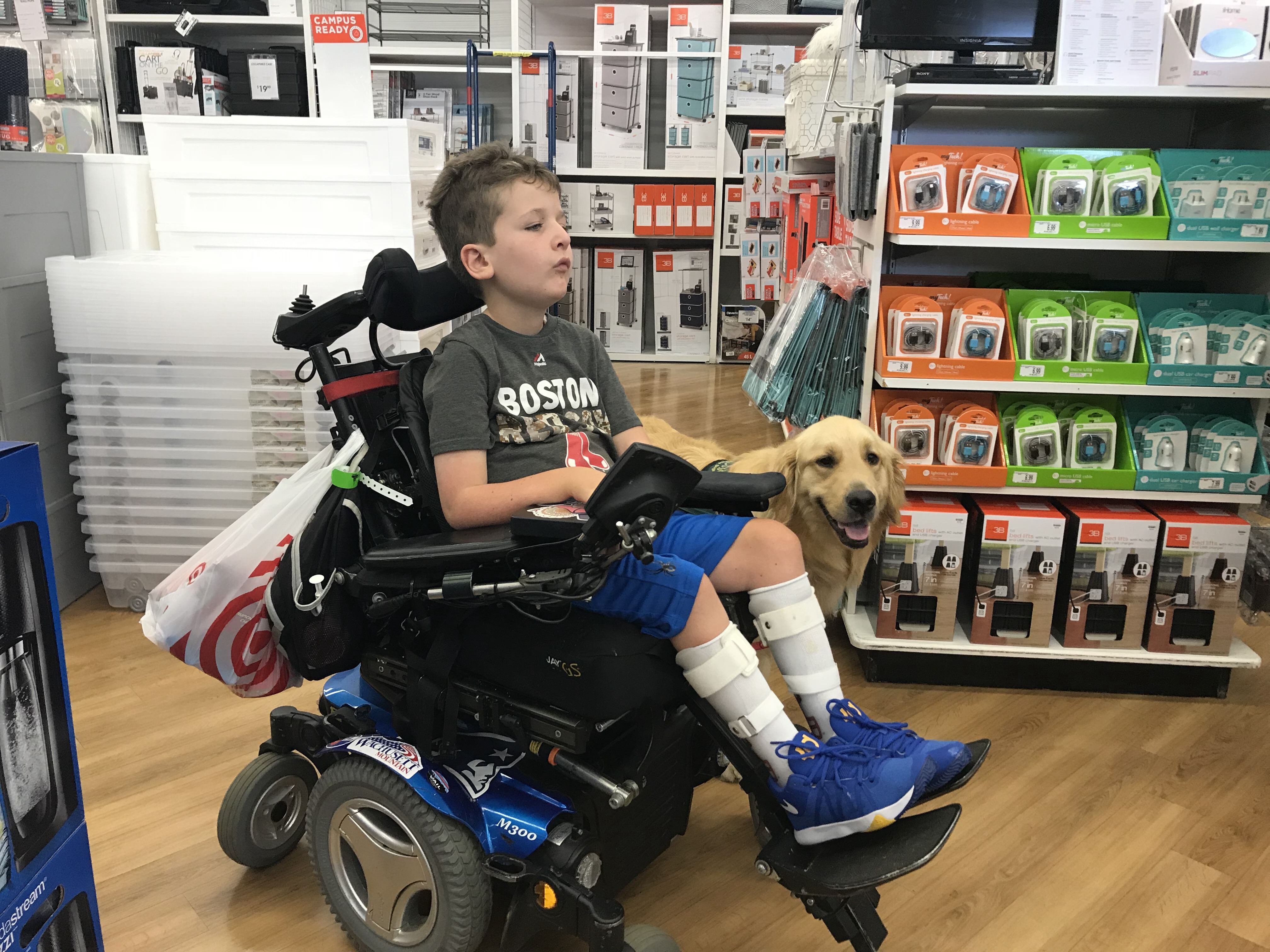 “I’ve wanted a dog for a long time, and I really, really like Gunner,” said Matthew. “Within two or three days, he would do everything I said, like ‘tug, heel, watch me – stuff like that.”

Upon graduation, it was Matthew's hope that Service Dog Gunner would open all doors, including the one to the lift that takes him, seated in his wheelchair, upstairs to his bedroom. Picks things up, like the iPad that is often dropped, and if his neck falls too far forward when playing with his Xbox game, Gunner will nudge that back in place, too.

Now 12 and three years after Matthew and Gunner became a team, I checked in with Paul, Matthew's dad, to see how the two were doing and here is what he had to say...

“Sensational! They are a fabulous team. They work together beautifully, and we are looking forward to a long, healthy life for Matthew." 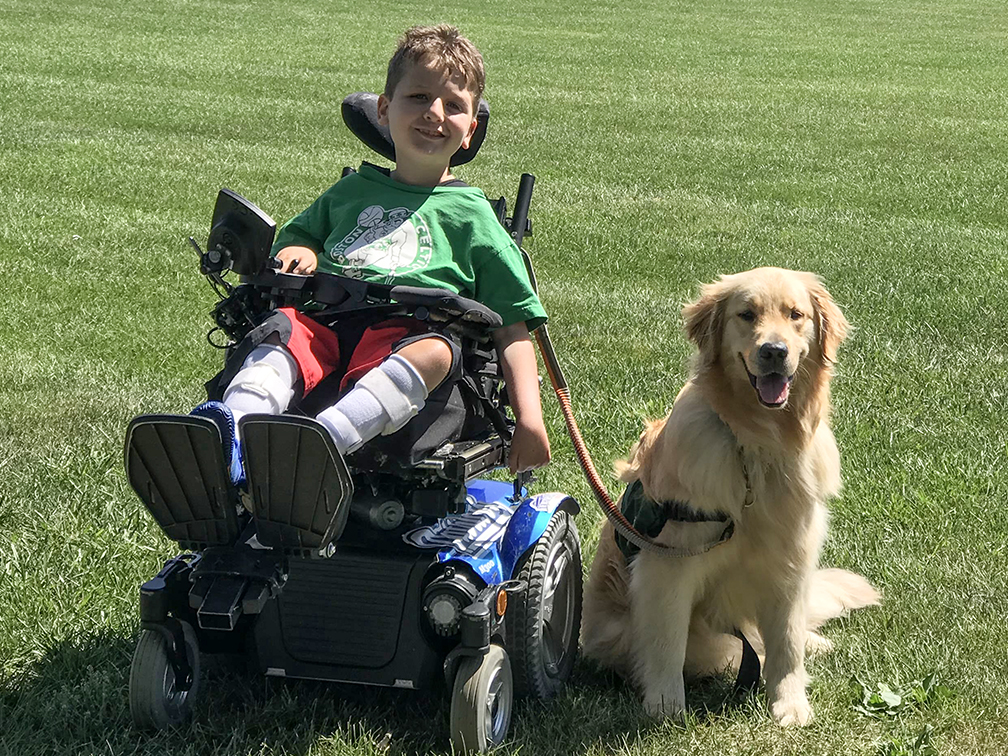 “Gunner has done so much for Matthew emotionally in building his self confidence, especially at school, which they both attend. But Gunner has helped Matthew in physical ways, too. I can now take Matthew and Gunner to Fenway Park for the Red Sox games. Matthew loves the Sox. And Gunner gives me the freedom to leave the two of them if I need a ‘bio-break’ or to get refreshments. I know Matthew will be safe because Gunner is there to look after him.

“They have a tremendous partnership and friendship and, almost what I would call, a kinship.”

Paul went on to describe how Gunner, when he is not working, relates to the entire family.  “We weren’t expecting everything we’ve experienced with Gunner in our lives, how much he has opened us up by just being a friend.”