Parkinson's Patients Gain Mobility and More With a Service Dog

Nearly one million people in the US have been diagnosed with Parkinson's, a chronic, progressive neurological disorder. It can cause unintended or uncontrollable movements, like shaking, stiffness, and challenges with balance and coordination. The most common symptoms are tremors and shaking, but people can also experience rigidity, slowed movement, and speech changes. Over time, a person’s ability to perform daily activities like walking, eating, dressing, and bathing is compromised.

While medications are available to help control symptoms like tremors or stiffness, many Parkinson’s patients may benefit from the assistance of a Service Dog. A Service Dog can make a significant difference in the daily life of a person living with Parkinson’s. Service dogs can help with several Parkinson’s symptoms, from physical challenges such as balance to social and emotional issues.

Benefits of a Service Dog for Parkinson’s Patients 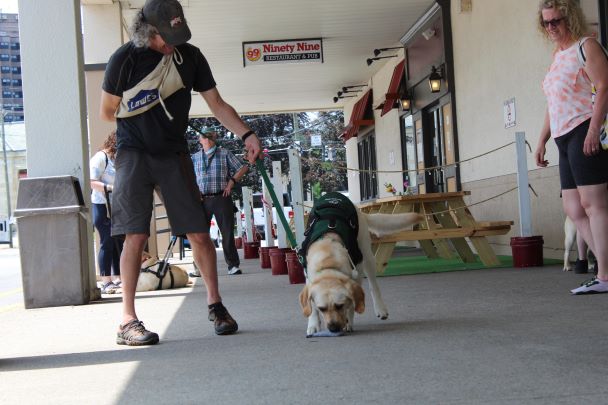 The assistance of a Service Dog can have an enormous impact on a person with Parkinson’s disease. Kevin McGovern, diagnosed with Parkinson’s ten years earlier, recently wrote to Educated Canines Assisting with Disabilities (ECAD) to sing the praises of his Service Dog, Kincaid.

“Now that I have Kincaid, life has changed so much. His temperament, his smiles, and his cuddles always make my days better. He has many skill sets, including handling cash transactions at the store!”

Kevin continues, addressing the emotional ramifications of the condition, saying, “I had become isolated and somewhat depressed, but my whole outlook on life changed when ECAD matched me with my new best friend!”

Service Dogs can be trained to perform a variety of helpful tasks for people with Parkinson’s, including: 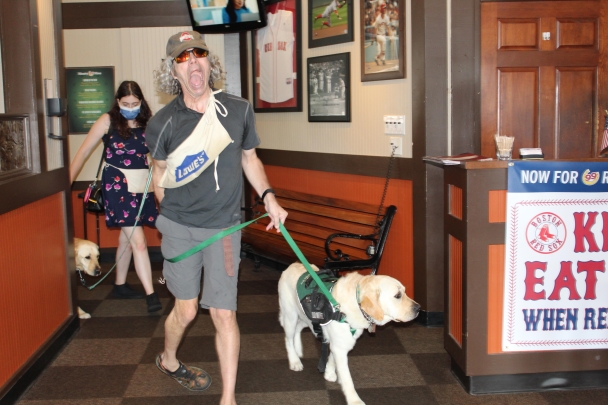 In addition to performing daily tasks to help with physical challenges, Service Dogs can also provide much-needed emotional support to people living with Parkinson’s. It’s estimated that 50% of those diagnosed with Parkinson’s will experience some form of depression during their illness, and up to 40% will experience an anxiety disorder. Studies show that dogs can positively influence people suffering from depression and loneliness.

Unfortunately, there can also be a stigma associated with Parkinson’s. Symptoms like tremors, shaking, and difficulty walking make it challenging to be in public and interact with others. Research from UCLA scientists and colleagues from other institutions finds that people with Parkinson's disease who lack meaningful social interactions may be at an increased risk for severe symptoms related to the disease.

Service Dogs also provide companionship, which prevents people with Parkinson’s from feeling isolated. The mere presence of a service dog can increase social interaction as people come up to meet the dog and its guardian.

Educated Canines Assisting with Disabilities (ECAD) provides extensive training for Service Dogs that begins when they are still puppies. At the young age of nine months, the puppies already know several commands, including sit, down, come, and watch me.

Once a potential match has been identified, ECAD conducts extensive interviews to ensure the dog's temperaments and skills match each candidate. The final training is individualized for each client. When a client arrives for team training, the dog has had up to 1,500 hours of training and socialization.

Service Dogs can change the life of someone with Parkinson’s or other disabilities. If you or a loved one have Parkinson’s, contact Educated Canines Assisting with Disabilities to learn more or apply for a Service Dog.