What Do Autism Service Dogs Do?

Not all disabilities are obvious. For example, individuals with Autism Spectrum Disorder (ASD), a developmental disability that can cause behavioral, communication, and social challenges, don’t always exhibit outward signs that make them stand out in a crowd as someone with a disability. However, there may be multiple daily activities they may find extremely challenging.

Autism is a spectrum disorder that varies by individual, so people with ASD have different needs. For example, some individuals with autism will benefit significantly from a Service Dog, while others who may be highly functioning may not reap the same benefits.

What Is an Autism Service Dog?

Autism Service Dogs are specially trained canines that support and accompany children to provide stability and soothing, which can be an essential element to help a child with ASD, who frequently struggles with change. They differ from other types of Service Dogs in that they are trained to listen to commands from the person they are attached to (the child with ASD) and are also trained to listen to commands from the parents or caregivers and bond with both.

Scientific evidence supports the positive influence of human-animal interaction (HAI) on children with ASD. For example, one study showed that children with autism who had a family pet from a young age tended to have greater social skills. Still, another study found that playing with live pets temporarily improved the social behaviors of children with ASD more than playing with toys.

An Autism Service Dog is explicitly trained to guide and help those affected by ASD. The training is rigorous and might include learning how to cope with crowds, obey specific commands, and identify warning signs that their person may be panicking or in distress.

How Service Dogs Can Help People with Autism

One therapy with significant anecdotal evidence and a growing body of research is the use of Autism Service Dogs, specifically trained to work with individuals with ASD. Parents and many who work with people, particularly children with ASD, assert that Service Dogs can support some of the unique challenges associated with ASD—anxiety, emotional and social communication skills, and safety.

While anxiety is not a core feature of ASD, research suggests that anxiety is more common in people on the spectrum, finding that about 20 percent of people with ASD had anxiety compared with about 9 percent of the general population.

Researchers have shown that Service Dogs impact the stress levels of children with ASD by measuring cortisol levels, a hormone produced by the body in response to stress.

Although each person with ASD is unique, safety is often a concern for parents with children on the spectrum. Various situations are possible. It’s not uncommon for children with autism to wander. For example, features often associated with emergencies—alarms, flashing lights, crowds, and commotion— may trigger increased agitation and cause them to flee.

Educated Canines Assisting with Disabilities (ECAD) offers Canine Magic, a specialized program focused on providing Service Dogs to children with ASD. Although the Service Dog assists with various things associated with autism, the dog’s primary responsibility is to keep its child physically safe through “anchoring.”

With the anchoring method, the child’s belt is attached to a harness worn by the dog. The child also holds the harness and learns how to walk with the dog, while a third party (usually a parent or teacher) holds a second leash attached to the dog’s collar. Doing so enables the third party to give the dog a command to stay should the child become distracted or run away, making it much safer for the child and easier for the caregiver. 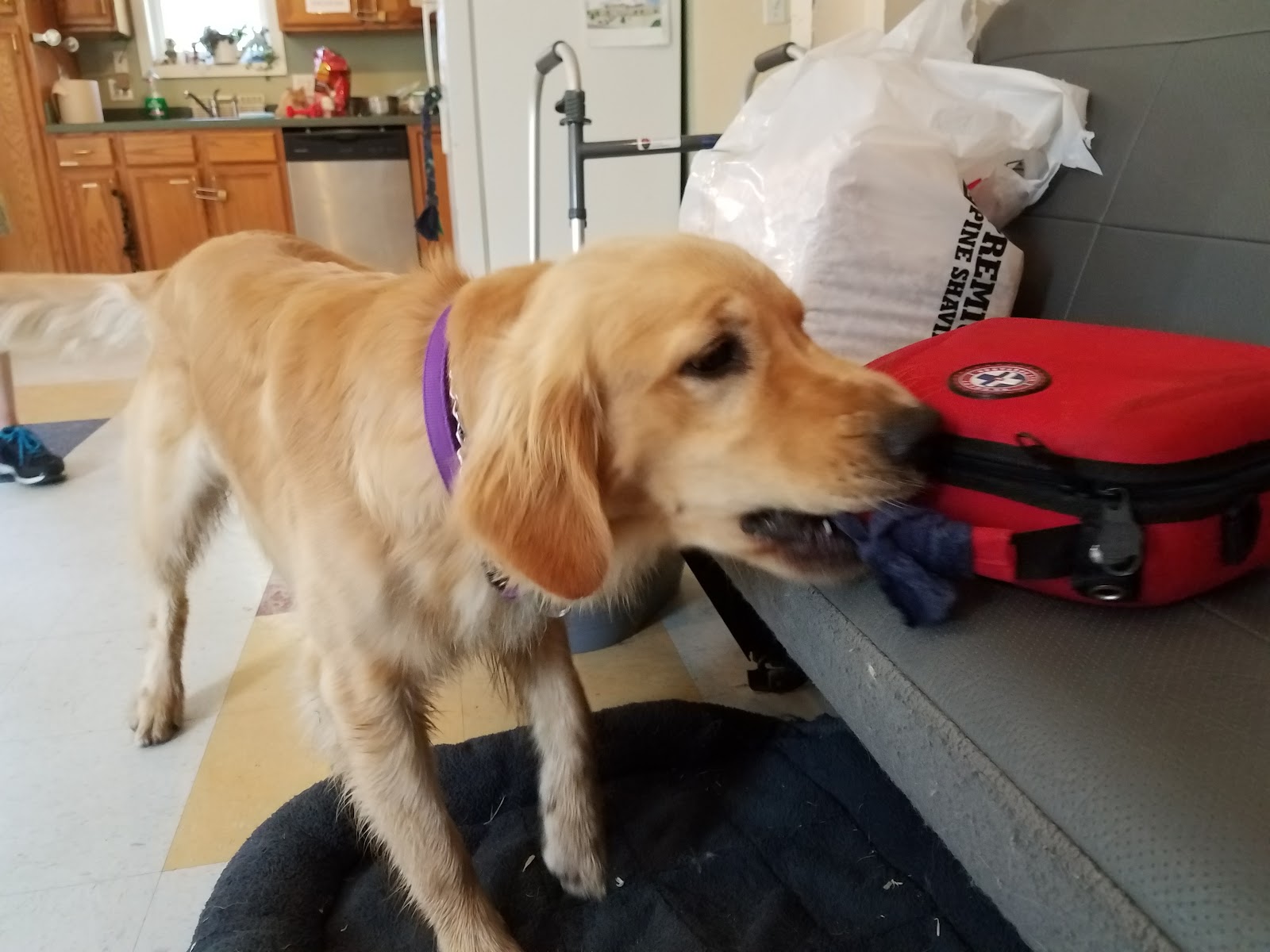 People on the spectrum often have challenges expressing their emotions and social interaction. For example, while some people with ASD may have minimal speaking skills, others cannot communicate using speech or language at all. In addition, individuals with autism can have trouble interpreting body language or comprehending different tones. These all affect the ability of a person with ASD to interact with others.

Service Dogs can facilitate new social connections in children with ASD by reducing barriers to initiating new conversations and social interactions. A Service Dog can also be helpful In educational settings, leading to more engagement in the classroom.

Autism Service Dogs bring predictability and security to children trying to navigate the world with a sometimes invisible disability. They provide invaluable support, overcome obstacles, and even save lives! Service Dogs can and do make an enormous difference for children with ASD. Your support can change someone’s life.