Veteran PTSD Symptoms & What To Do 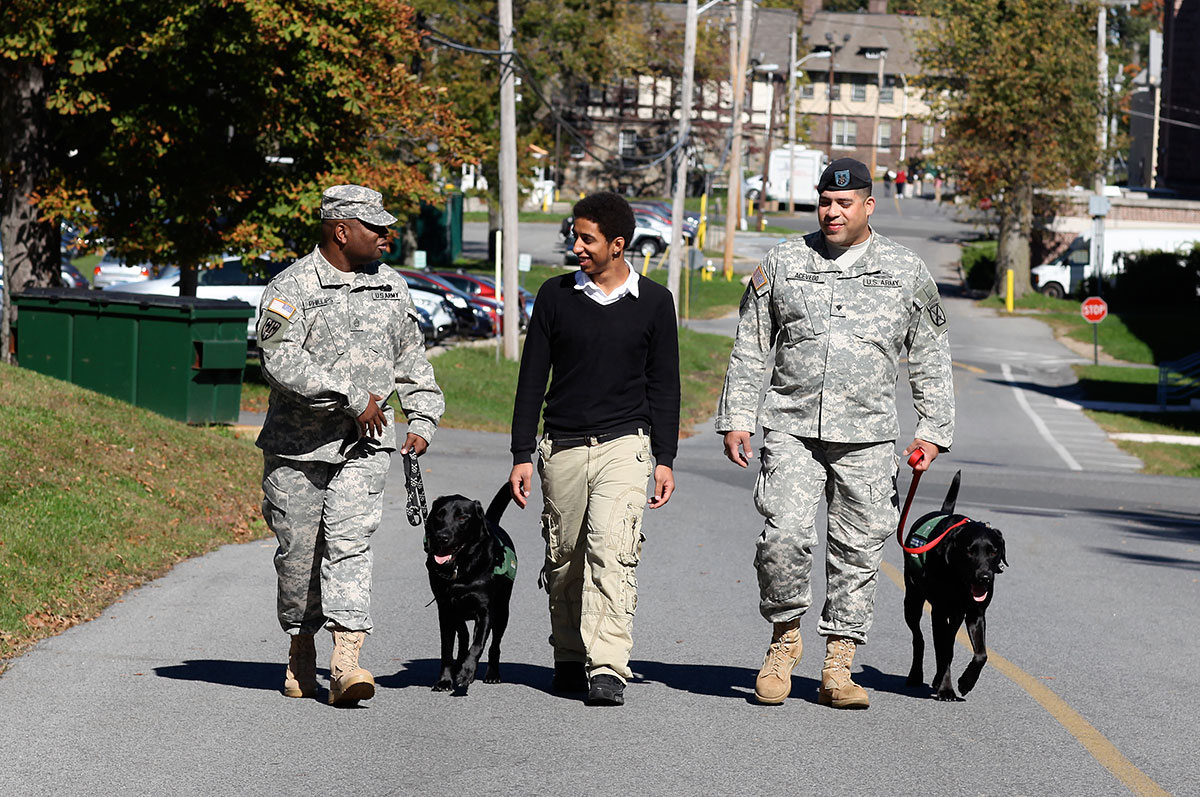 Every day can be terrifying for a person experiencing post-traumatic stress disorder (PTSD). They might wake up screaming or find it nearly impossible to sleep. It may result in uncontrollable rage or deep depression. For others, it can trigger intense panic attacks and even lead to suicide.

Anyone who has encountered or witnessed a terrifying event can develop PTSD.

Most people who go through traumatic events may have temporary difficulty adjusting and coping, but it’s usually short-lived with time and good self-care. However, when the symptoms get worse, last for months or even years, and interfere with a person’s day-to-day functioning, it may be PTSD.

For most people, PTSD symptoms usually start soon after the traumatic event, but they may not appear until months or years later. The symptoms also may come and go over many years. (The source for the following information is the National Institute of Mental Health, at www.nimh.nih.gov).

There are four types of PTSD symptoms, but they’re not always the same for everyone. Instead, each person experiences symptoms in their own way.

1. Reliving the event (also called re-experiencing symptoms). Memories of a traumatic event can return at any time and feel very real and scary. For example:

2. Avoiding things that remind a person of the event. People with PTSD may try to avoid situations or people that remind them of the trauma event. They may even avoid talking or thinking about the event. For example:

3. Having more negative thoughts and feelings than before the event. The way a person thinks about themselves and others may become more negative because of the trauma. For example:

4. Feeling on edge or keyed up (also called hyperarousal). A person with PTSD may be jittery or always alert and on the lookout for danger. They might suddenly become angry or irritable. For example:

While PTSD isn’t exclusive to veterans, the number of veterans living with PTSD is significantly higher than those who are not military. The term PTSD was first used in 1980, although the mental condition has been referred to by several other names, including shell shock and combat fatigue. Because not all cases of PTSD are reported or diagnosed, it’s challenging to get an accurate number.

The number of Veterans diagnosed with PTSD varies by service era:

Service Dogs can help vets with PTSD cope with the daily struggles they face in several ways. Veterans with PTSD suffer from several conditions, including hypervigilance, depression, anxiety, suicidal thoughts, and night terrors.

For instance, Service Dogs can perform tasks to help vets with PTSD remain calm and interrupt their anxiety by nudging their owner to alert, reducing their anxiety.  A Service Dog can also remind vets to take their medication.

Anecdotal stories from veterans with PTSD show that having a Service Dog makes them feel more safe and secure in public, allowing them to do things like go to the movies with their family or to the grocery store. One study showed that vets with service dogs also reported a 22 percent higher rate of life satisfaction and similarly increased rates of mental health, resilience, and ability to participate in social activities.

Scientists found that measured levels of cortisol, commonly called the “stress hormone,” in veterans with Service Dogs were similar to the levels found in adults without PTSD.

How You Can Help Place Service Dogs with Veterans with PTSD

From creating a fundraising event to joining an existing fundraising event, from participating in corporate matching gift programs to making a cash donation, from planned giving to purchasing items on our wish list, your generous contributions will help veterans suffering from PTSD stay safe and regain their lives. It’s the perfect way to honor and show your appreciation to the men and women who serve our country.